Chef Einat Admony is familiar with the stress of opening a new restaurant, having opened 13 restaurants throughout her career. But the days leading up to the reopening of her latest eatery, Balaboosta, felt more intense than usual.

”We had a short amount of time to pull everything together. But with our brand-new menu and beautiful setting, we are excited to continue the Balaboosta institution,” Admony tells ISRAEL21c.

In late September, the Israeli-born chef and her husband reopened Balaboosta, which offers New York City diners a selection of dishes that express Admony’s unique take on modern Israeli cuisine. 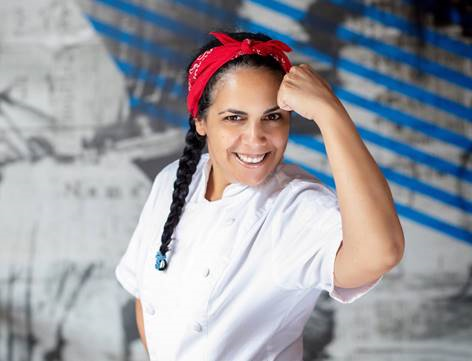 “Balaboosta has been an institution for nine years,” Admony explains. “It’s not just a restaurant. It’s a kind of community where people create memories – that first date, birthday celebration, anniversary and so on. We wanted to keep that energy going after a short hiatus,” she explained.

Admony enjoys exploring new ideas, playing on Israeli and Middle-Eastern classics while continuing to innovate with ingredients, flavors, and techniques. “This is what makes my Israeli cuisine so exciting.”

Indeed, Balaboosta’s website features a photo of the chef’s mother, Tziona, originally from Iran, riding a motorbike in Tel Aviv in 1968. “Balaboosta” is the Yiddish word for the ideal mother and homemaker.

“I started cooking at a young age, helping my mother with Shabbat dinner,” she recalls. ”I have always found myself cooking from [the time I was] a young girl and then as a cook in the Israeli army, and after, when I was traveling around the world.”

She grew up with Yemenite and Persian food, in addition to Moroccan dishes introduced by their neighbors, and even Eastern European classics.

“I can even remember my mother learning how to make kugel. Israeli moms, in general, learn to make a wide variety of different foods thanks to the diverse culture,” she notes. 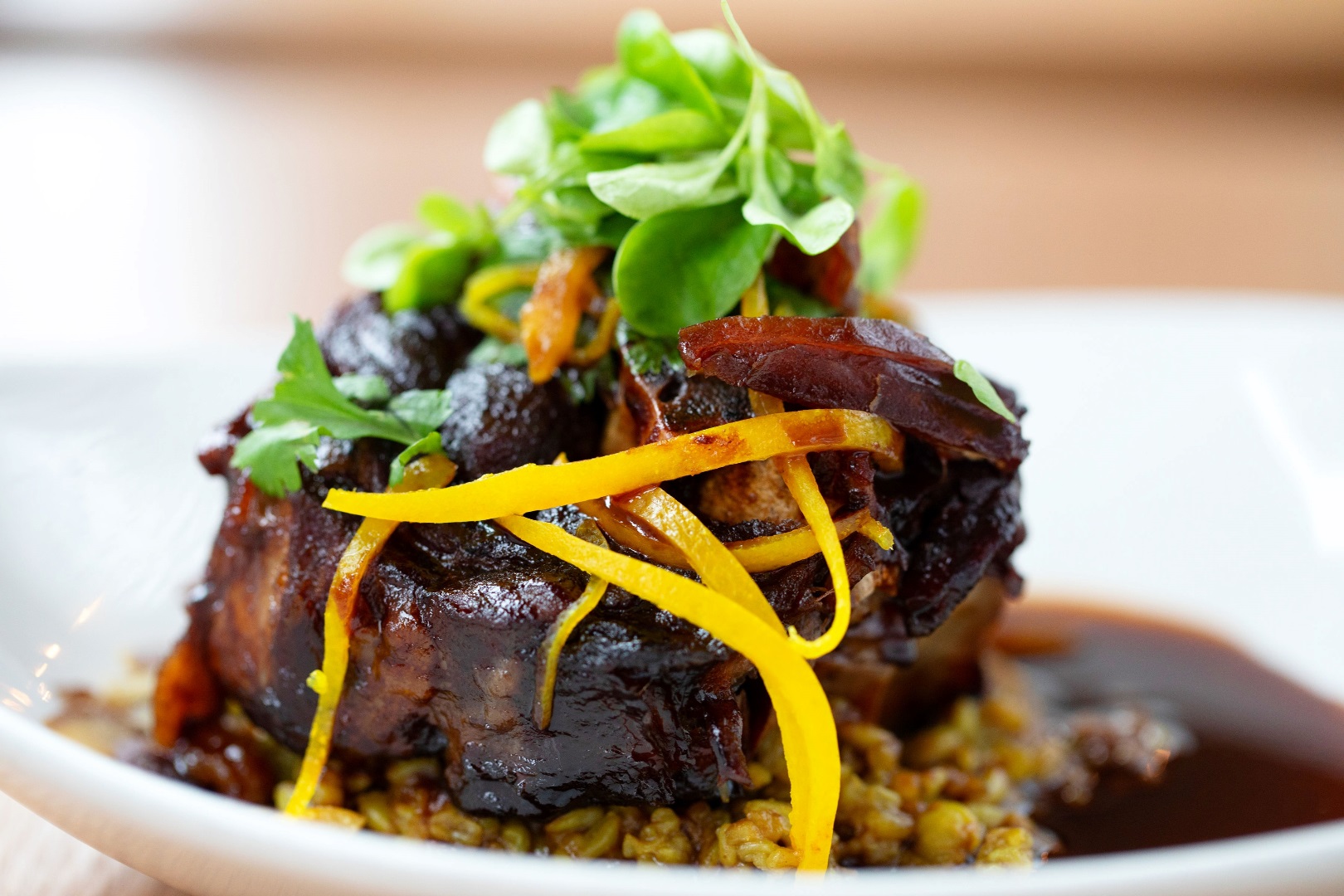 ”It’s a very diverse but personal menu for me,” commented Admony.

”We have all-time favorites such as the cauliflower with lemon, currants, pine nuts, parsley and crushed Bamba (an Israeli peanut butter-flavored snack), and fried olives with labane and harissa oil.” 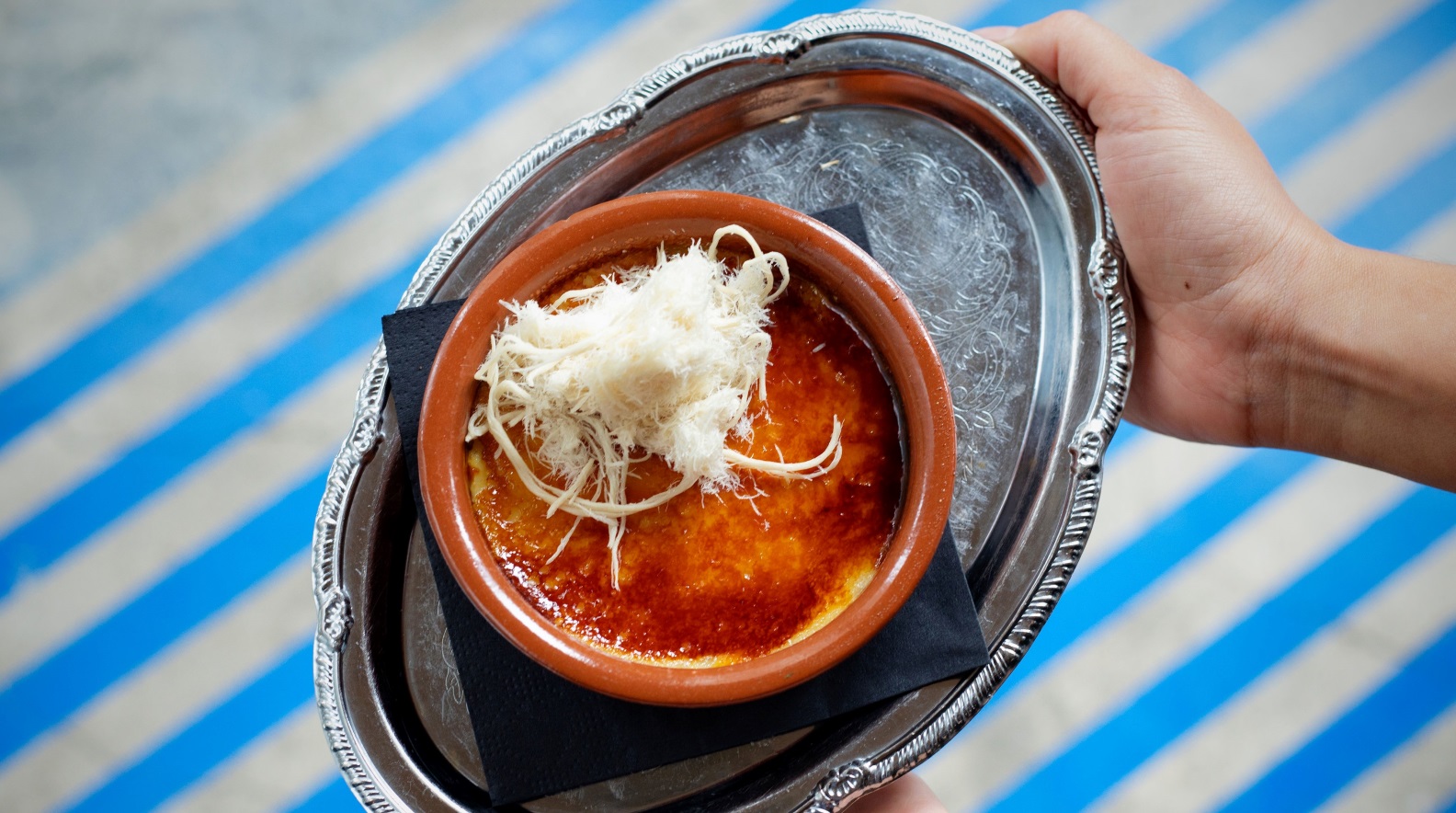 “Our goal was to make this Balaboosta younger and fresher,” Admony said.

”It’s hard to keep a restaurant exciting for a long time, especially in a city like New York, which is oversaturated with restaurants and fast-paced trends. Places tend do well within the first few months but then the trend fades away.”

Together with her husband and business partner, Stéfan Nafziger, Admony worked with designer Silvia Zofio of SZProjects to design the new Balaboosta in the space that was formerly Bar Bolonat, which was also run by Admony.

While Admony opened her first restaurant in Miami, New York has served as her base for much of her career. She first opened the falafel joint Taïm (tah-eem) with her husband in Manhattan’s West Village in 2005 and in 2010, launched Balaboosta. In 2018, she opened Kish-Kash, a West Village Moroccan couscous bar-eatery named after one of the kitchen utensils, a sieve, used to hand-roll couscous.

In addition, today there are four branches of Taim, which was aided by last year’s financial investment and new management, originally from Chipotle, the Mexican fast-food chain.

Admony, who grew up in Bnei Brak, authored the well-received cookbook, Balaboosta: Bold Mediterranean Recipes to Feed the People You Love. Her restaurants have been positively reviewed by The New Yorker, New York Magazine and the New York Times and she has also made television appearances.

Alongside her restaurants, Admony makes sure to spend time with her family. “I’ve never felt that I was treated differently as a woman in this business. But once I had my kids, it became a lot harder to juggle career with family. I love spending time at home with my kids,” she said during her interview with ISRAEL21c, which was punctuated by cheers for her son as he played basketball.

When asked if she would like to see her kids continue in her culinary path, Admony responded with a vehement no. ”Look, I will support my children no matter what career they choose for themselves but my line of work is very tough,” she said.

”In any case, my son wants to be an NBA basketball player, so I don’t have to worry yet.”