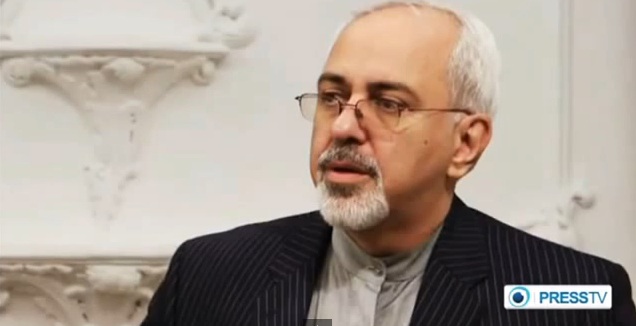 The Wall Street Journal last night broke the details on the package of concessions that Iran is preparing to offer the West in upcoming talks. The offer will, if accurately described, fall short of explicit U.S. demands outlined in recent weeks, which were underlined by repeated statements from top State Department officials declaring that the U.S. would prefer no deal at all to a bad deal.

Different outlets have focused on different aspects of the rumored concessions, with the Christian Science Monitor drawing particular attention to Iran’s expected offer “to stop enriching its uranium to 20 percent purity.”

The concession is designed to reassure the international community that Iran will not have sufficient material within reach to dash across the nuclear finish line, should it choose to do so. The conceit is that Iran can easily go from 20% purity to weapons-grade levels, but that making the leap from 3.5% purity to weapons-grade purity would take too long. The West would – according to this line of reasoning – have plenty of time to detect Iran’s decision to go nuclear and intervene, so long as Iran was starting with 3.5% enriched material and not 20%.

Analysts had already concluded months ago that the conceit is false. Iran has in recent years installed a sufficient number of sufficiently advanced centrifuges to conduct an undetectable breakout even starting from 3.5% enriched uranium.

Non-proliferation experts from the U.S.-based Institute for Science and International Security (ISIS), the Foundation for Defense of Democracies, and the Council on Foreign Relations had already concluded as much last March:

Western negotiators reportedly focused on persuading Iran to curtail its production of 20%-enriched uranium and to export some of its existing stock. These goals are…insufficient. As Iran increases the quality and quantity of its spinning centrifuges to the point of critical capability, a moratorium on 20%-enriched uranium will matter less and less. It will become easier for Tehran—after using some pretext to renege on a 20% moratorium—to rapidly make up for lost time in accumulating enough 20% enriched uranium that, if further enriched to weapons-grade (or about 90% enriched), would be enough for a bomb. Once Tehran had enough 20% material for a bomb, it could produce enough weapons-grade uranium for that bomb in a week or two.

In July ISIS scholars explained that [PDF] Iran’s multiple enrichment facilities provided the regime several avenues to break out even without availing itself of 20% enriched uranium. ISIS president and founder David Albright subsequently expanded on the point during Congressional testimony:

Recent estimates by the University of Virginia experts and ISIS incorporate the data from the August 2013 IAEA report on Iran…If Iran chose to dash at these plants to WGU without using its near 20 percent LEU stockpile, it could produce 25 kg of WGU in 1.9 – 2.2 months with its IR-1 centrifuges, or in somewhat less time if it also used its installed IR-2m centrifuges at the FEP. Iran currently has enough 3.5 percent inventory to produce approximately 100 kg of WGU.

U.S. lawmakers have consistently insisted that Iran must fulfill its obligations to the international community to fully dismantle its nuclear program – requirements codified in half a dozen United Nations Security Council resolutions – before sanctions are diluted.

In addition to putting all enriched uranium beyond the reach of Iranian scientists, Tehran would also be required to cease uranium enrichment and plutonium-related activity and to boost transparency around suspected weaponization work.