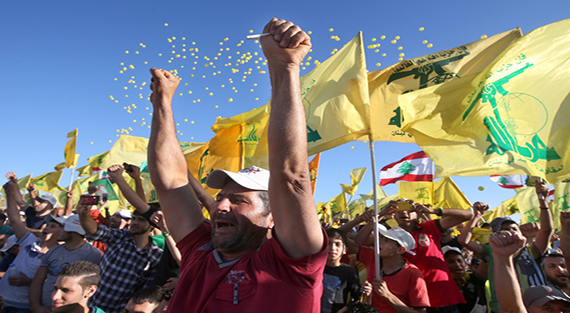 The Republic of Kosovo issued Thursday a decree asking state institutions to add the Iranian-backed terrorist group Hezbollah to its list of individuals and entities involved in terrorist activities, subjecting them to restrictive measures in compliance with international obligations.

Kosovo’s President Hashim Thaci said that, as an active partner in the global fight against terrorism and violent extremism, the country ‘’will continue its close cooperation with the United States of America, European Union, and with other partners in elimination of any potential threat to Kosovo and its partners.’’

With an annual budget of $700 million, Iran is Hezbollah’s main benefactor. Israeli intelligence estimates that Iran has been giving its Lebanese terror proxy $1 billion annually. It is believed that due to crippling U.S. sanctions, the amount was cut by more than half in 2018.

In June 2016, Hezbollah chief Sheikh Hassan Nasrallah expressed gratitude to Iran, noting that “Hezbollah’s budget, its income, its expenses, everything it eats and drinks, its weapons and rockets, are from the Islamic Republic of Iran.”

Kosovo’s announcement was welcomed by Jewish groups. The World Jewish Congress lauded the decision as a “principled step in the critical quest for international peace and security.”

“The global community has been terrorized for more than three decades by Hezbollah and its operatives, who have executed their violent actions under the patronage of the Islamic Republic of Iran across nearly every continent,” Ronald S. Lauder said in a statement.

“It’s clear that there is absolutely no distinction between the military wing of Hezbollah and the political arm which guides it,” he added.

Hezbollah’s leaders have said on numerous occasions that while some Western governments separate between the two factions of the group, the organization explicitly rejects such distinction. For example, Hezbollah spokesman Ibrahim Mousawi emphasized in 2012 that “Hezbollah is a single, large organization. We have no wings that are separate from one another.”

Hezbollah in its entirety is already considered a terrorist group by the United States, Britain, Canada, Israel, and the Arab League. The EU currently only bans the military wing.