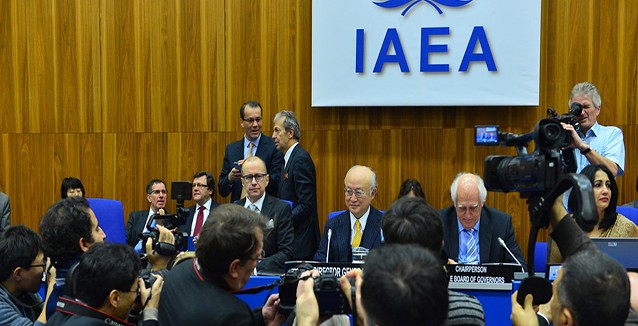 A senior Iranian official confirmed Tuesday that the Islamic Republic will “resolutely” abandon more commitments signed under the 2015 nuclear accord with world powers on July 7. Iranian Secretary of the Supreme National Security Council, Ali Shamkhani, said that European signatories had not done enough to salvage the deal.

“As of July 7, Iran will forcefully take the second step of reducing its commitments” to the Joint Comprehensive Plan of Action (JCPOA), Fars News quoted the official as saying.

This was so “countries who interpreted Iran’s ‘patience’ with weakness and inaction realize that Iran’s answer to the American drone’s violation of its airspace will be no different than its reaction to devious political efforts to limit Iranian people’s absolute rights,” he added.

The Iranian regime announced on May 8 that it would no longer adhere to JCPOA limits on stockpiling heavy water and low-enriched uranium, and gave European countries, China, and Russia a two-month ultimatum to help Iran circumvent U.S. sanctions

Under the nuclear accord, Iran had limits imposed on the quantities of uranium and heavy water it can produce, set at 300 kilograms and 130 tonnes, respectively. Moving forward, the official said, the Islamic Republic will no longer adhere to limitations regarding the production of enriched uranium and heavy water.

French Foreign Minister Jean-Yves Le Drian warned Iran on Tuesday that a violation of its commitments under the nuclear accord would have serious repercussions. “Iran has announced its intention to no longer meet certain obligations of the Vienna agreement, in particular on the authorised stocks of low-enriched uranium from gas. They have announced this initiative for the coming days,” Jean-Yves Le Drian said.

“An Iranian violation would be a serious mistake and a bad response to the pressure exerted by the United States,” he added.