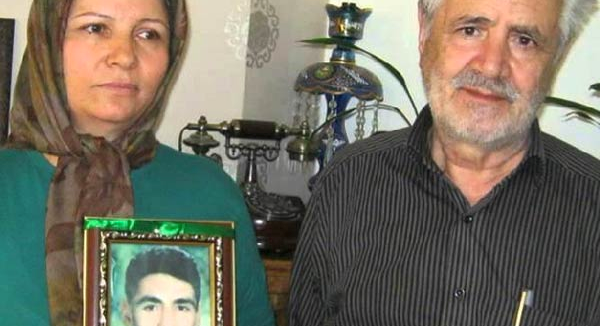 In recent weeks, Donald Trump’s attack on a Gold Star family has captured the attention of American voters. His comments reminded the country of the sacrifices endured by those who have lost loved ones in war. Sadly, many have endured similar pain in Iran, where a quiet yet tragic wave of sacrifices has persisted for many years. While their battlefields were different than those in the United States, families who have lost their children to brutalities of their government have no gold stars to honor their sacrifices.

This is important because, although the regime and its supporters have breathlessly promoted the notion of Hassan Rouhani as a reformer, little has changed since he took power in 2014. Indeed, the Islamic Republic has demonstrated a fundamental unwillingness to change. The rate of executions has escalated during Rouhani’s presidency to reaching unprecedented heights: more than 250 executions in the first six months of the year, surpassing Saudi Arabia during the same period. Government raids on houses of worship continued unabated and religious conversion remains a criminal act. Scores of minority-owned businesses and workplaces were shut down, imposing economic strangulation on targeted sectors of the community. Cyber-police intensified their suppression of speech, keeping thousands off social media or throwing them straight to prisons. The slogan of Rouhani as a reformist proved to be nothing more than a marketing ploy by the Islamic Republic in an effort to ease longstanding tensions with the West and lay the groundwork for the nuclear agreement and returning Iran to the world stage.

In yet another example of the depravity, last week the Islamic Republic quietly executed over 20 Sunni prisoners in one day. They claimed that they were national security threats, moharebs (enemies of God), or criminals, but the reality is that many of them were political prisoners jailed simply because their faith—Sunni Islam—differs from the majoritarian brand of Shiite Islam.

To compound the injury, many of these prisoners were segregated while in prison, insulted for their religious beliefs, and forced to make false confessions under debilitating torture. Amnesty International, the United Nations Special Rapporteur on the Situation of Human Rights in Iran, and other human rights groups have continuously raised concerns about the judicial process and the lack of proper legal representation for these men condemned to death. Many were secretly buried before their families could bid them farewell or see their bodies.

Among them, Shahram Ahmadi had become a familiar name within human rights communities. Shahram, a Kurdish Sunni religious teacher, was indicted on “national security” charges—an allegation that he denied until the very end. Shahram’s younger brother Bahram had been arrested and executed in 2012, when he was under the age of 18. With the execution of Shahram, the Ahmadi family became an “Iranian Gold Star” family for the second time. Sadly, they are not the only family enduring such heartbreak.

I invite you to get to know some “Iranian Gold Star” families who have lost their loved ones to a brutal fight to protect their patriotic values against a government that is repressing their every freedom. Three years after the execution of her son Bahram Ahmadi, Mahkheir Faramarzi wrote a letter in April 2015 pleading for the life of her son Shahram, who was then on death row. “How much can a mother tolerate?” she asked, begging the international community to take action to save Shahram’s life.

Although he was from the Kurdish region of Sanandaj, Shahram was sent to a prison in Tehran, almost six hours away. On the way to a family visit, the Ahmadi family was involved in a serious automobile accident that led to Faramarzi’s paralysis, depriving her from seeing Shahram for the rest of her life. Although Amnesty International reported that Shahram was exonerated for his alleged crimes, he was nonetheless detained in prison for eight years until he was finally executed.

Gohar Eshghi is the mother of Sattar Beheshti, a blogger and writer who was detained and apparently tortured to death at the age of 35. His only crime was expressing opposition to the regime. Since receiving the scarred, bruised, and swollen body of her son, Eshghi, who suffers from a heart condition, has tirelessly appeared in protests holding his picture and demanding justice. “I’m not afraid,” she screams with her grief-stricken roar. July 10 marked the 17th anniversary of the death of Saeed Zeilani, a 23-year-old student who was arrested in the 1999 protests in Tehran. Since his arrest, the Zeilani family has only received one phone call from their son and remained uninformed about his fate. With a picture of Saeed clenched to her heart and a desperate smile to her face, Akram Neghabi has been searching for answers and begging the authorities to at least return the body of their loved one so that they can peacefully lay him to rest. On November 21, 2015, Saeed’s father, 70-year-old Hashem, was arrested while peacefully demonstrating and demanding information about his son. He was sentenced to 91 days in prison and 74 lashes for “disturbing the public order by participating in an illegal gathering.” Reyhaneh Jabbari was an interior decorator who was executed in 2014 on murder charges. Jabbari maintained her innocence and claimed that her act was in self-defense against an alleged sexual assault. Amnesty International claimed that Reyhaneh’s case was not properly investigated. Reyhaneh was 19-years-old when she was arrested and spent seven years in prison, including solitary confinement. In the recent elections, Shole Pakravan boldly stood against the façade of democracy by refusing to participate in the elections, stating, “I will not be any part of the destruction of our homeland. Evan as small as a single vote.”

Marjan Keypour Greenblatt was born and raised in Iran, and fled the country as a teenager to escape religious and gender discrimination. She is the co-founder of the Alliance for Rights of All Minorities (ARAM), which seeks to promote equal rights for Iran’s women, LGBT and minorities through public advocacy and awareness strategies that advance human rights and address Iran’s discriminatory laws.